We would like to offer our sincere support to anyone coping with grief. Enter your email below for our complimentary daily grief messages. Messages run for up to one year and you can stop at any time. Your email will not be used for any other purpose.

Share a memory
Obituary & Services
Tribute Wall
Read more about the life story of David and share your memory.

David E. Jusseaume, 62, of Northborough, died Thursday November 17, 2022, at home with his family by his side. His passing came after a courageous battle with pancreatic cancer and a long-standing cardiac history, that ended his life but did not define his extraordinary and beautiful life.

He was the son of Alfred A. and Sandra A. (Heath) Jusseaume and Husband to Susan (Pratt) Jusseaume. He was predeceased by his brother Alfred A. Jusseaume Jr., his sister Debbie Vinal and his daughter in law Fernanda Jusseaume.

David was a loving husband and outstanding father. He cherished his role as Papa to his grandchildren. The profound joy they brought to his life was undeniable.

David was a dedicated police officer and detective for the Marlborough Police department for many years. After retiring from the police force, he continued to serve his community working at Marlboro Hudson ambulance company until recent years. He also volunteered on the Montachusett Crisis team for first responders.

When he had free time he loved riding his Harley-Davidson motorcycle, skeet shooting at the gun club, watching football on Sundays and tinkering with computers and ham radios. We often affectionately called him Inspector gadget for his love of all things electronic. He will be missed immensely.

David did not want his family to mourn him at a wake or funeral. Per his request he will be cremated and there will be a celebration of his life at a later date.

To send flowers to the family or plant a tree in memory of David E. Jusseaume, please visit our floral store. 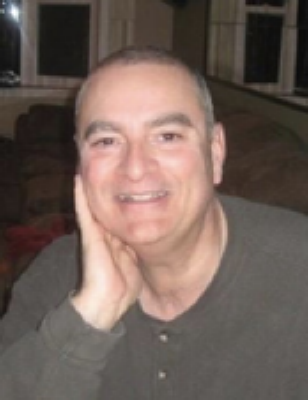 Look inside to read what others
have shared
Family and friends are coming together online to create a special keepsake. Every memory left on the online obituary will be automatically included in the book.

Look inside to read what others have shared

Family and friends are coming together online to create a special keepsake. Every memory left on the online obituary will be automatically included in the book.

You can still show your support by sending flowers directly to the family, or by planting a memorial tree in the memory of David E. Jusseaume
SHARE OBITUARY
© 2023 Slattery Funeral Home. All Rights Reserved. Funeral Home website by CFS & TA | Terms of Use | Privacy Policy | Accessibility